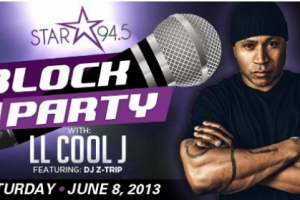 The STAR 94.5 Block Party is back and it’s free! Hit the streets of downtown Orlando for a free concert with hip-hop star LL Cool J on Saturday, June 8. Even though we’ve seen him mostly on television these days, LL Cool J’s been “Doin’ It” well since 1985 and his new album “Authentic” just […]

Subscribe to our free newsletter and be the first to know about discounts and free events in Orlando.

Find discounts on Orlando theme parks and learn about new attractions and events.

Free & Cheap Things To Do

Orlando fun doesn't have to be expensive. Find free and cheap things to do in and around Orlando.

Orlando is more than theme parks. Find attractions and museums in and around Orlando.

Find discounts and deals on hotels, resorts and other lodging options in and around Orlando.

MEMBER OF THE LIVING ON THE CHEAP NETWORK

Orlando on the Cheap is a member of Living on the Cheap, a network of websites published by frugalistas, journalists and consumer advocates. Find practical advice on saving money on groceries, travel and shopping, plus tips from our experts on how to live the good life for less at Living on the Cheap.